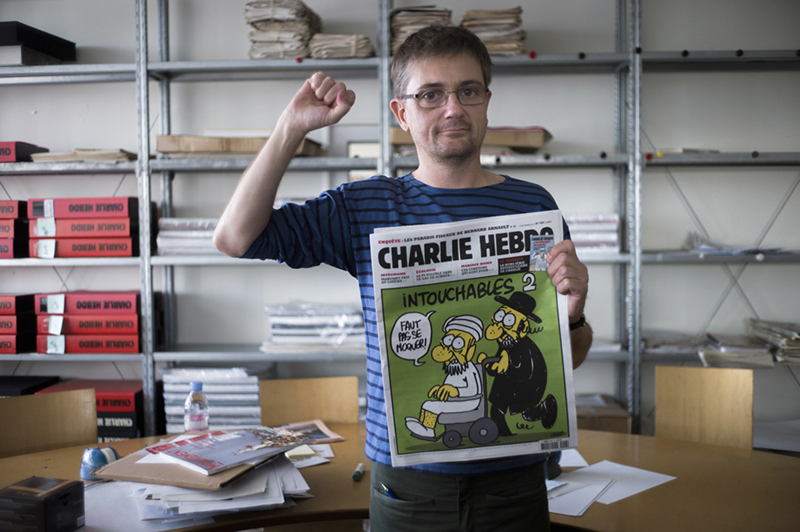 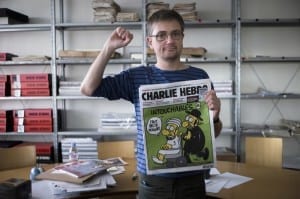 French satirical weekly Charlie Hebdo’s publisher, known only as Charb, clenches his fist as he presents to journalists, on September 19, 2012 in Paris, at the headquarters, the last issue which features on the front cover a satirical drawing titled “Intouchables 2”. Inside pages contain several cartoons caricaturing the Prophet Mohammed. The magazine’s decision to publish the cartoons came against a background of unrest across the Islamic world over a crude US-made film that mocks Mohammed and portrays Muslims as gratuitously violent. The title refers to “Intouchables”, a 2012 French movie, the most seen French movie abroad, which is selected to represent France for the Oscars nominees, according to one of his directors, Eric Toledano. AFP PHOTO FRED DUFOUR (Photo credit should read FRED DUFOUR/AFP/GettyImages)