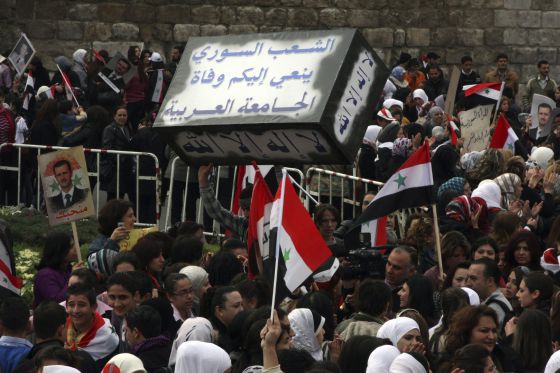 Leaders of  Syrian opposition groups should condemn and forbid their members from carrying out abuses, Human Rights Watch said. Some of the statements collected suggest that certain armed attacks by opposition groups were motivated by anti-Shia or anti-Alawite sentiments arising from the association of these communities with government policies.

“The Syrian government’s brutal tactics cannot justify abuses by armed opposition groups,” said Sarah Leah Whitson, Middle East director at Human Rights Watch. “Opposition leaders should make it clear to their followers that they must not torture, kidnap, or execute under any circumstances.”
Human Rights Watch has repeatedly documented and condemned widespread violations by Syrian government forces, including disappearances, rampant use of torture, arbitrary detentions, and indiscriminate shelling of neighborhoods.

The protest movement in Syria was overwhelmingly peaceful until September 2011. Since then, an increasing number of media and other reports have said that a growing number of military defectors and local residents have decided to resort to arms, saying they are defending themselves against security forces’ raids or attacking checkpoints and security facilities in their cities. The intensity of the fighting has increased since early February 2012, when the government began large-scale military attacks against opposition strongholds throughout the country.

Many of the antigovernment groups reported to be carrying out abuses do not appear to belong to an organized command structure or to be following Syrian National Council orders. But Syria’s opposition leadership has a responsibility to speak out and condemn such abuses, Human Rights Watch said. On March 1 the SNC created a military bureau to liaise with, unify, and supervise armed opposition groups, including the Free Syrian Army (FSA).

Everyone in the custody of the FSA and other opposition forces, including members of the Syrian security forces and shabeeha, should be treated humanely in accordance with international human rights standards, Human Rights Watch said.

“It is imperative for armed elements of the Syrian opposition to protect human rights,” Whitson said. “They need to make it clear that they envision a Syria that turns the page on Assad-era violations and welcomes all – regardless of their religious group or background – without discrimination.”

Kidnappings
A number of witnesses told Human Rights Watch that non-state armed groups identifying themselves with the opposition are kidnapping both civilians and members of the security forces. “Mazen,” a Syrian activist, told Human Rights Watch that members of the Abu Issa group in Taftanaz, a village north of Saraqeb, Idlib, told him that they had kidnapped people who worked with the government and tortured three of them to death. “Mazen” also said he spoke to a member of the Syrian security forces who was kidnapped and detained by opposition fighters in Saraqeb:

The detainee told me he was a first assistant in the National Hospital in Aleppo … I asked the revolutionaries to bring him to me so I could speak to him. He said that opposition fighters had beaten him with electrical cables on the head … and he was blindfolded. He said they let him speak to his parents … and that they asked them for money to release him.

“Samih,” another Syrian activist who said he has worked closely with the FSA in Saraqeb, told Human Rights Watch that while he was there he saw residents of Saraqeb complain to the FSA on more than one occasion that the Al-Nur battalion, a Salafist group that is not part of the official FSA structure, was kidnapping civilians for ransom. He said, “The people in Saraqeb were fed up with the battalion and asked the FSA to intervene but the Al-Nur battalion did not respond to the FSA.”

They would kidnap them and ask their parents to pay a ransom to let them go. One time, the FSA in Saraqeb kidnapped a colonel from the Presidential Guard. In return, the military kidnapped two children from Saraqeb. The children were 15 and 16-years-old. I was working with the FSA members and local government officials to negotiate a trade. At one point, the family members of the two kids called me pleading that I speed up the negotiations as much as possible. They said that they got a call at home from the captors and that they could hear their kids being tortured. They told them their kids would be released when the FSA released the colonel. We were able to negotiate a trade for the colonel and the kids have now been released.

The media coordinator for another group operating in Homs, the Al-Farouq battalion, told Human Rights Watch that the battalion is not kidnapping soldiers but detaining them during military operations:

We are not kidnapping soldiers. During an armed confrontation, soldiers surrounded by the FSA are surrendering themselves to the Al-Farouq battalion so we are capturing and not kidnapping the soldiers. After capturing the soldiers, the FSA calls the government to negotiate the terms of their release, but they refuse to negotiate simply because they don’t care about the captured soldiers. The captives are placed in a room, not a prison. The room has one door with a lock but no windows. Al-Farouq battalion is treating them very well.

Human Rights Watch also expressed concern about FSA kidnappings of Iranian nationals, some of whom the group has confirmed are civilians. On January 26 the Al-Farouq battalion claimed responsibility for capturing seven Iranian nationals, five of whom appeared in video footage claiming to be members of the Iranian armed forces. In an interview on February 22 with Human Rights Watch the Al-Farouq battalion media coordinator said that the other two people detained are civilians but that they were detained because no Persian speaker was available when the Iranians were detained and that their civilian status was only confirmed later. When asked why the civilians had not yet been released, he would not comment.

Iran’s MAPNA Group, an Iranian power company in Syria, told SANA, Syria’s state media outlet, that the five people accused of being fighters were in fact Iranian engineers. The Islamic Republic News Agency reported that all seven men were released on February 10, but on February 15 it indicated that the report was false and that the men remained in custody. The Al-Farouq battalion media coordinator told Human Rights Watch on March 16 that the seven detainees were still being held in Syria and that they were in good health.

In addition to politically motivated kidnappings, Human Rights Watch has received information indicating that other armed groups may be kidnapping people, sometimes claiming to be operating in the name of the opposition. “Marwan,” an Alawite resident of Karam el Zeytoun, Homs, told Human Rights Watch that on January 23 armed gangs entered his neighborhood and kidnapped his elderly parents from their home:

When the armed gang went into the house my father called me on the phone, but they grabbed the phone from him. I tried to call back and couldn’t reach him, so I called a neighbor, who told me they took my father and mother, put them in a car, and went south. The head of the gang, known as Abees, called me the next day. He told me they had my parents and asked for money and weapons as ransom. He told me my father was okay and was with them. I said I would give him what he wanted, but that he had to let me hear my father’s voice.

I spoke with him, and he noticed I was crying. He said: “Don’t cry. Don’t be afraid. I am not afraid. This is what God has written.” My father had the Quran as his weapon. He said, “Don’t worry and don’t listen to them.” After that they cut the line. I tried calling back a number of times but the phone was closed.

The next day I kept trying; Abees answered and was swearing. He said to stop calling, and that they had killed my parents. After that we saw a video on YouTube showing their dead bodies. We have not received the bodies back despite numerous pleas. They took them because they want money. Myself, I am a supporter of the government, but this is a sectarian crime, and it has to do with money. My father has nothing to do with the government.

Torture
Human Rights Watch has reviewed at least 25 videos on YouTube in which Syrian security forces or their alleged supporters confess to crimes under circumstances in which it appears that their statements were made under duress. At least 18 of these videos show detainees who are bruised, bleeding, or show other signs of physical abuse. Human Rights Watch cannot independently confirm the authenticity of these videos.

In one video, three people described by the accompanying text as shabeeha are asked their names, where they are from, their religion, and what they are doing in Tal Kalakh. They are shown on their knees during this interrogation, their hands bound. The face of one is clearly badly bruised. All identify themselves as Shia, from el Rabwie, Homs, and “confess” that they had killed peaceful protesters.

In another video bearing the emblem of the FSA Khaled Bin Al Walid battalion, an unnamed person described by the accompanying text as a shabeeha member is interrogated. He appears bound and his face is bruised. At the end of the video, he denies an allegation against him and the interrogator calls him a liar, tells the videographer to stop shooting, and directs someone off camera to bring him the “electricity machine.”

Executions
Other video footage reviewed by Human Rights Watch and information received in interviews indicates that members of armed opposition groups have executed people in their custody whom they suspected of crimes against the opposition.

One video, released on YouTube on February 4, shows a man hung from a tree by his neck in front of several armed fighters. Commentary indicates that he is a shabeeha fighter captured and executed by the FSA Kafr Takharim battalion on January 22. In a second video,which appears to have been released by the FSA Al-Farouq battalion on YouTube, a person identified as a member of Air Force Intelligence based in Homs is interrogated and confesses to shooting at protesters. The detainee’s face is very badly beaten, cut, and bruised, and he appears disoriented. Written statements accompanying the video state that it was filmed before his execution, and the interrogator in the video, amid curses, asks him for his final request before dying.

“The death of the member of the Air Force Intelligence was an act of revenge because the branch is responsible for horrific killings in Homs,” The media coordinator said. 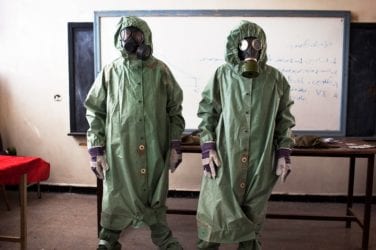 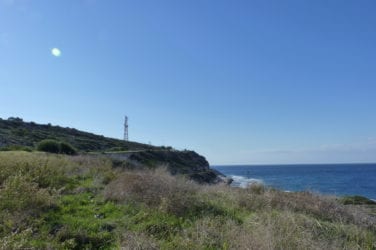 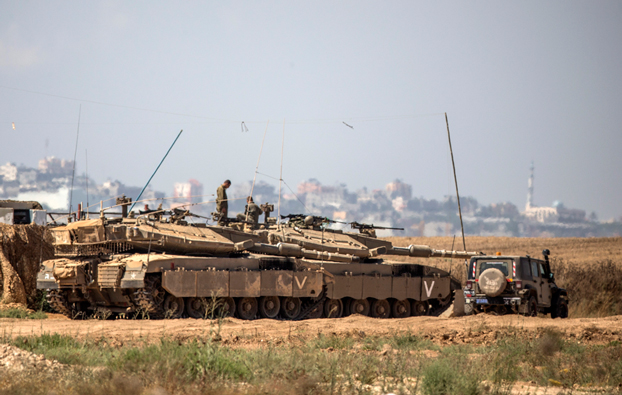