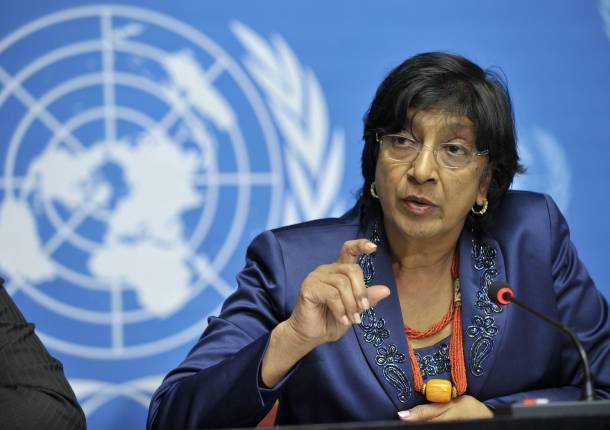 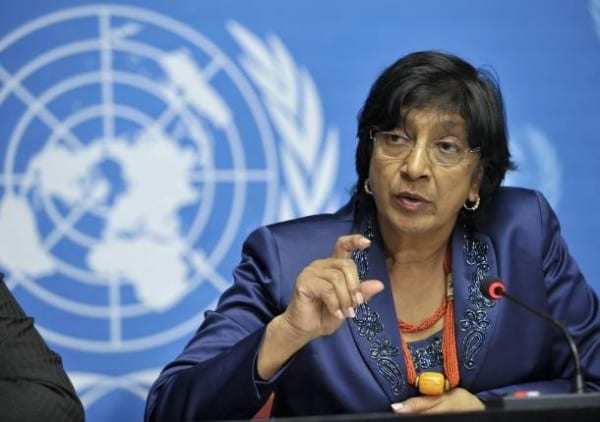 GENEVA (18 June 2014) – The Office of the UN High Commissioner for Human Rights on Wednesday issued a new report on Ukraine that describes the breakdown of law and order in the areas held by armed groups in the east of the country – with increasing evidence of abductions, detentions, torture, and killings – as well as a number of “worrying trends” emerging in Crimea.
High Commissioner Navi Pillay urged the armed groups operating in eastern regions of Donetsk and Luhansk to “stop taking themselves, and the people living in their regions, down this dead end, which is leading simply to misery, destruction, displacement and economic deprivation”.
“All they have achieved is a climate of insecurity and fear which is having a hugely detrimental impact on many thousands of people,” she said. “The time has come to put down the guns and talk.  Peace and reconciliation, and long-term solutions are certainly attainable.”
The 58-page report, covering the period from 7 May to 7 June, is the third to be produced by the 34-strong UN Human Rights Monitoring Mission, since it was deployed by the High Commissioner in March.
While devoting half the report to recent events in the east and Crimea, the Monitoring Mission also outlines the various ongoing investigations and initiatives (five in all) related to human rights violations surrounding the November 2013 – February 2014 Maidan protests.
The report also describes the six investigations and commissions established to investigate the tragic events in Odesa on 2 May.  In order to ensure confidence in the investigations and guarantee accountability and due process, a number of questions must be answered, the report says. These include identifying who shot at protesters during the afternoon; explaining why the police and the fire brigade were slow to react, or did not react at all; detailing precisely what happened in the Trade Union Building and the cause of the fire; and identifying any perpetrators.
The report states that the Government of Ukraine is continuing to implement the 17 April Geneva Statement, through a number of initiatives and legislative changes, as well as taking the first steps towards the adoption of a constitutional reform package, including the decentralization of power and a special status for the Russian language. Legislative amendments to combat discrimination, corruption, and on the situation of refugees have been adopted; and there have also been developments relating to amnesty, lustration of judges, language rights, internally displaced persons (IDPs) from Crimea, ethnic policy, torture and ill-treatment, the media and the reform of law enforcement agencies.During the reporting period, the human rights situation in the eastern regions of Donetsk and Luhansk has continued to deteriorate, the report states, noting the presence of armed people and weapons has increased in both regions, and that “Representatives of the ‘Donetsk People’s Republic’ have recognised the presence within their armed groups of citizens of the Russian Federation, including from Chechnya and other republics of the North Caucasus.”

“The escalation in criminal activity resulting in human rights abuses is no longer limited to targeting journalists, elected representatives, local politicians, civil servants and civil society activists,” the report states. “Abductions, detentions, acts of ill-treatment and torture, and killings by armed groups are now affecting the broader population of the two eastern regions, which are now marked by an atmosphere of intimidation and consequent fear.”

As a result, several thousand people have now been displaced from the Donetsk and Luhansk regions. As well as fleeing random violence and deteriorating economic and social conditions, some displaced people interviewed cited “targeted attacks and intimidation of activists, and increasingly of ‘ordinary’ residents, known for their ‘Pro-Ukrainian’ stance.” Local NGOs confirmed that while seizing administrative buildings, armed groups obtained access to personal data of activists who participated in rallies. The latter and their families were reportedly being threatened and harassed. The Monitoring Team notes “multiple reports that thousands of people are eager to escape the conflict zones as soon as they can safely move.”here has also been more regular and intense fighting as the Government has deployed its armed forces in the Donetsk and Luhansk regions. “Local residents of areas affected by the fighting are increasingly being caught in the cross-fire between the Ukrainian military and armed groups, with a growing number of residents killed and wounded,” the report says, adding that the UN Human Rights Monitoring Mission is “concerned at the increasing number of reports of enforced disappearances as a result of the security operations.”

High Commissioner Pillay urged the Government to “exercise restraint, ensure that security operations are in line with international standards at all times, and take great care to protect civilians when engaging with armed groups.”

Freedom of expression continues to be threatened, particularly in the eastern regions, where journalists face ongoing intimidation and threats to their physical security,” the report says. It details numerous cases of violence, harassment, arbitrary detention and kidnapping of journalists, including Ukrainians in the Donetsk and Luhansk regions and in Crimea, as well as visiting Russian media workers covering events in the east. “Hate speech, particularly through social media, continues to fuel tensions and to deepen division between communities,” the report states.

The report lists a number of examples of photographs and videos being misused for propaganda purposes, including a photograph of a wounded child in Aleppo, Syria, who was presented as a victim of fighting at the Donetsk airport; and a video of Ukrainian helicopters with UN symbols which were filmed earlier and elsewhere and were not, as claimed in the video, being used in the current fighting in Ukraine. The report also lists a number of violent incidents, and threats and intimidation directed at clergy and members of the Ukrainian Orthodox Church, as well as adherents of other religious denominations, in the Donetsk and Luhansk regions and Crimea.

In Crimea, “the introduction of Russian Federation legislation, in contradiction with the United Nations General Assembly resolution 68/262 and applicable bodies of international law, hampers the enjoyment of human rights and fundamental freedoms,” the report says, adding that “it has created a legislative limbo as, while Ukrainian legislation was supposed to remain in forceuntil 1 January 2015, the legal institutions and framework are already required to comply with the provisions of legislation of the Russian Federation. Thus for instance, NGOs are no longer able to register.”
“Residents in Crimea known for their ‘Pro-Ukrainian’ position are intimidated,” the report continues, citing concern that many may face increasing discrimination, particularly in the areas of education and employment, and adding that leaders and activists of the indigenous Crimean Tatar people face prosecution and limitations on the enjoyment of their cultural rights.
“During the reporting period, the situation of all residents of Crimea has deteriorated with regard to their rights to freedoms of expression, peaceful assembly, association, religion or belief,” the report says.
Per leggere il Report completo:
http://www.ohchr.org/Documents/Countries/UA/HRMMUReport15June2014.pdf 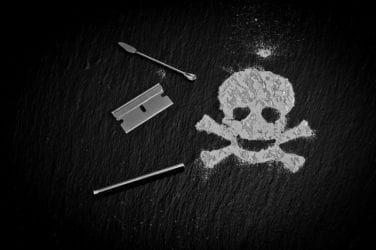 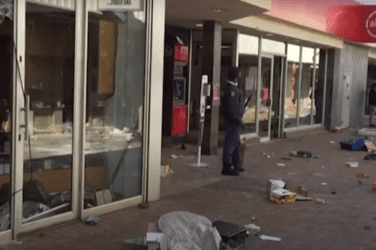 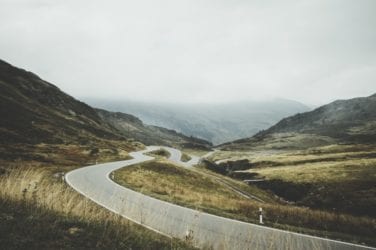